A computer virus has infected the Historical Tactical Center's Supercomputer. The only way to stop the virus is to travel back to the beginning of time and battle your way back to the heart of the virus. Time is only one of the foes you will encounter along your journey that spans across the decades. The only way to gain valuable time and slow the virus is by collecting uninfected memory chips and placing them in a memory upload terminal that temporarily stalls the virus. Just when you think you have the virus stalled long enough, a new enemy crosses in your path.

Are you up to the challenge? You better pack some extra clothes because this is going to be a long journey.

Time Commando is a difficult game to place a label on. It is a combination Action-Adventure-Fighting-Strategy. There is a little bit of everything wrapped up in this one. The object of Time commando is to gather uninfected memory chips to stop a computer virus from destroying the memory of your supercomputer. These memory chips are randomly placed throughout different time periods. You have been sent back in time to recover the chips and save the supercomputer.

The first time period you must complete is the prehistoric era. In this era, you battle cavemen, apes and tigers. Now, the best part of all of this? You must battle these enemies only with the weapons available for this time period. These weapons include a small club, knife, rock, spear, large club and your bare hands. This world is fairly easy, giving you a chance to adjust to the controls and get comfortable with the game.

The next era takes you to the Roman Empire. There are a number of enemies ranging from a very mean pharaoh to a whole army of Roman soldiers. The weapons include a dagger, double-edged sword, sling, trident and shield and an ax. The game gets difficult quickly in this era.

The remaining time periods are the Japanese, Medieval, Conquistador, Western, Modern Wars, Future and ending with the virus itself. You begin each level with only your bare hands to defend yourself. You must acquire weapons by either searching or defeating an enemy with a weapon. Each time frame contains weapons only available at that point in history.

At the beginning of this section, I said that this game was difficult to put in one category. First I said it was an action game. You are always in a race against the clock. Enemies are constantly challenging you, trying to stop you from making it to the next time period.

Next, I called it an adventure game. Time Commando has some fairly large worlds with numerous hidden treasures along the way. Be careful or you may spend too much time looking and not enough time moving forward.

Then, I said fighting. Now, this is not your Street Fighter or Mortal Kombat type fighter. It is a hand-to-hand, exchange-blows-until-someone-falls type fighter. This is really all the game needs. Activision is not trying to make this a pure fighting game.

Graphically, Time Commando was pretty good. During gameplay they were nothing spectacular but they are a great fit for this game. Activision appeared to be going for substance and a good game over sparkly graphics. Don't get me wrong, the graphics are good but don't expect full screen, 3D enemies. I will say that the intro screen is graphically spectacular. Activision must have spent a long time creating the intro. It is well worth watching more than once.

Time Commando is fun. Plain and simple. I played this game for hours. I was always wondering what my next enemy would be or what weapon I would find next. The idea of starting from the beginning of time and fighting through the different eras was pretty cool. My only complaints about the game are that you can't backtrack, and that there are not enough clues on where to search for necessary items. Both of these are minor since you don't have to find everything to win the game. Some of the sound effects and facial expressions of the enemies are a little silly but it sort of lightens the game up. If you are looking for a game that will give you hours of fun, excitement, frustration and then more fun, pick this one up.

Let's find out the prerequisites to install FRONTLINE ELITE COMMANDO on Windows PC or MAC computer without much delay.

Select an Android emulator: There are many free and paid Android emulators available for PC and MAC, few of the popular ones are Bluestacks, Andy OS, Nox, MeMu and there are more you can find from Google.

Compatibility: Before downloading them take a look at the minimum system requirements to install the emulator on your PC.

Finally, download and install the emulator which will work well with your PC's hardware/software.

How to Download and Install FRONTLINE ELITE COMMANDO for PC or MAC: 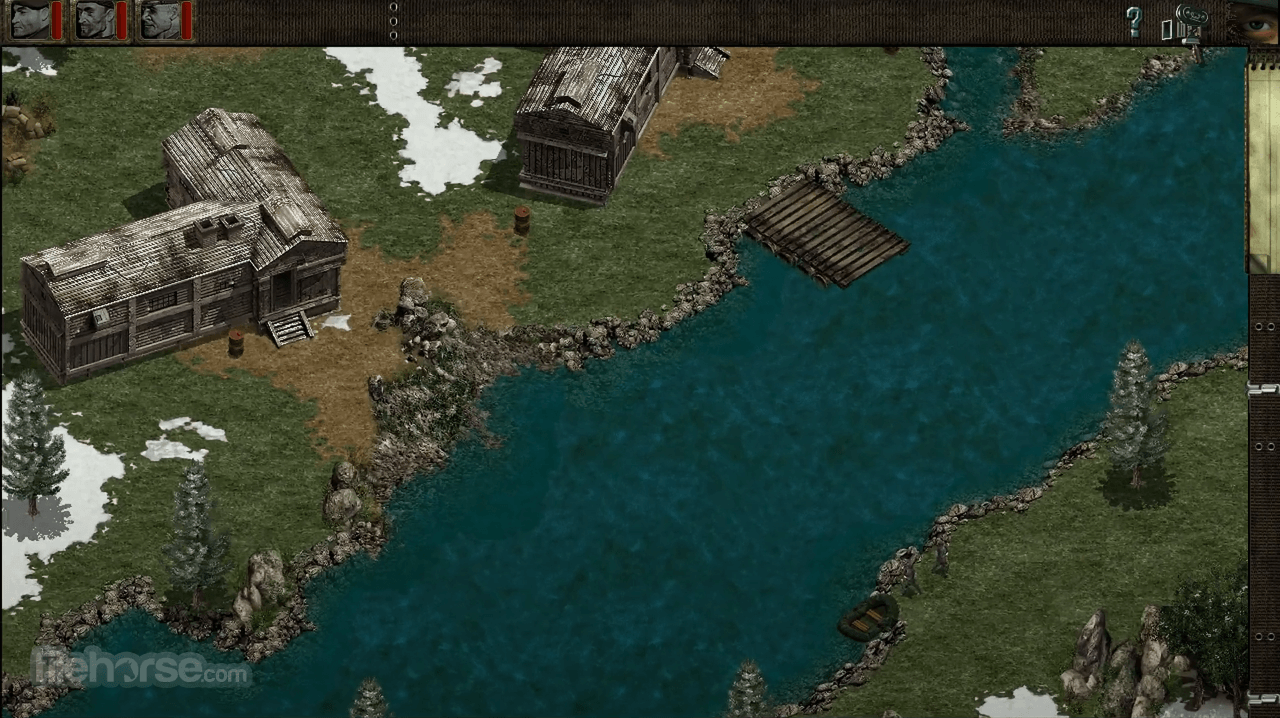 You can follow above instructions to install FRONTLINE ELITE COMMANDO for pc with any of the Android emulators out there.